Coffee lovers around the world are intrigued by Cascara – the skin that forms the covering of the coffee bean. While you may have been introduced to the word Cascara only recently, in Ethiopia and Bolivia, places that are thought to be the origins for coffee, Cascara is quite common.

To understand what Cascara is, you must first familiarize yourself with the background of the exotic drink you consume so often. 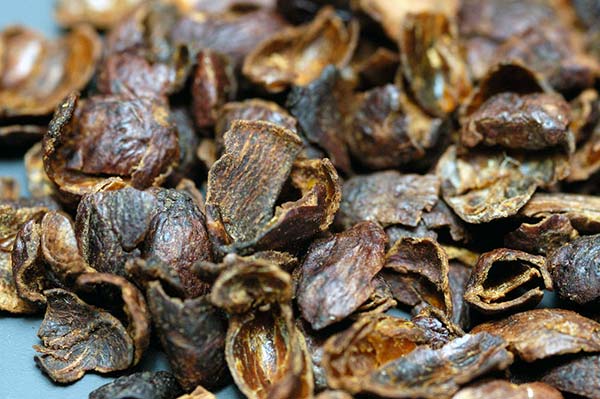 Coffee beans are seeds of a fruit that is rich in antioxidants as well as caffeine. The fruit, known as Coffee Cherry, guards the seed throughout its stages of development.

However, recently, Cascara, which means the “peel” or “husk” is being used to prepare a delicious beverage.

Hence, Cascara refers to the dried skin of coffee fruit that is removed when obtaining the beans.

While the concept of Cascara is relatively new in the United States, it has been used to prepare a beverage also known as Coffee Cherry tea quite commonly for a long time in some places of the world.

In Bolivia, for example, the beverage is known to be regularly consumed, and in Yemen, it is known as Qishr. This is an ancient beverage that is made out of the water and dried husk or the coffee cherries.

In Ethiopia, the cascara beverage is known as Hashara and in Bolivia, Sultana. Hence, farmers in Ethiopia, Bolivia, and Yemen have been familiar with the use of seeds to prepare a beverage for centuries. The people in these countries add different spices to make it more fragrant.

The name Cascara originated from El Salvador where a coffee grower discovered the beverage made out of coffee cherry and named it after the Spanish word for husk or skin.

Is Cascara Tea or Coffee?

Cascara tastes very different from coffee and has a caffeine content that differs considerably from that of a coffee bean. This is why many people sometimes refer to it as tea.

But, in reality, Cascara is not tea either.

There are no tea leaves used for the production of Cascara, and therefore it would be wrong to classify it as tea.

It is important to remember that Cascara is not the same as Cascara Sagrada.

The process of Obtaining Cascara

Cascara is obtained from the coffee beans in two ways, The Wet Process, and the Dry Process. During the wet process, the beans go through machines for skinning and getting rid of the beans that are defective. 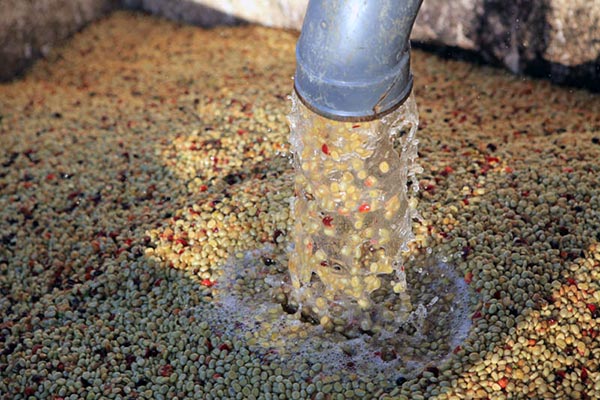 At the end of the process, the slime of the beans is separated after which the beans are dried. The skin is then collected and is usually used as fertilizer. But, instead of wasting, the skin is now increasingly being demanded by many interested parties in the United States as well.

The drying process is to be carried out very carefully if it is to be used for Cascara. This is because mold can easily set in and make the beans defective entirely.

The second process is known as the Dry Process during which there is no need for machines or any other such equipment. At the beginning of the process, the defective beans are identified and separated, and then the drying of the beans is carried out.

As mentioned earlier, this is the most important step in the whole process since they are susceptible to growing mold. There are different methods used to decrease the effect of humidity in some parts of the world.

The taste of Cascara is not consistent since it depends significantly on how the coffee cherry is processed. However, you will find that its taste varies from that of coffee and has an entirely different flavor profile. You will be surprised to know that the taste of Cascara is fundamentally sweet and has a fruity tinge. This is extremely different from the bitterness that is usually associated with the taste of coffee.

Up till now, you must be thinking of Cascara as a substitute of coffee with less caffeine content. When in reality, not only does cascara have a completely different flavor but also a lot more benefits for your health.

This is why Cascara is popular amongst not only the coffee lovers but also the manufacturers of other beverages and even beauty products. Many experts believe the coffee cherry fruit to be super food since it contains a high amount of polyphenols.

Apart from the immune boosting effect, Cascara also has anti-inflammatory properties. The anti-inflammatory nature of Cascara can make it beneficial in treating many serious health problems such as osteoporosis.

Similar to the effect of consuming coffee, Cascara also improves one’s liver health and provides instant energy. However, since the caffeine content in Cascara is relatively less, the person consuming the beverage does not find it difficult to go to sleep soon after.

Other than the richness of antioxidants in Cascara, the British Journal of Nutrition has also pointed towards the presence of a vital element. This element, known as Brain-Derived Neurotrophic Factor (BDNF), has positive effects on the cognition and mental health of a person.

So, apart from helping you feel energetic, the beverage is also able to improve your memory and mental clarity. Also, due to the presence of BDNF in Cascara, people consuming the beverage have reported positive moods and a sense of rejuvenation as a result.

The use of Cascara in skin products is because it has revitalizing and youthful effects. Many products that contain cascara as an ingredient claim to have youthful and anti-aging effects when used regularly. Many individuals also use Cascara for their weight loss goals as it has been found to work well with their rigorous exercise regime.

As a beverage, people that have a sweet tooth might want to add sugar in to get the sweetness.

However, since Cascara has been long in use for making some truly delicious and unique beverages, there is more than one way to prepare drinks out of it.

When you buy Cascara for brewing, be careful about not ending up with Cascara Sagrada instead which is a powerful laxative and will undoubtedly give you a tough time after consumption.

You will have to steep the dried Cascara cherries for a particular period. The longer you let it steep, the stronger will be the taste of your beverage.

There isn’t a single way of making Cascara and people in different regions of the world use various additions in their beverage to give it a unique taste. You might experience a different taste every time you prepare yourself a Cascara beverage. However, with time, you will learn how to get the exact flavor you need and what steps to follow.

For traditional ways, Qishr and Hashara, there are some basic ingredients used. These include:

However, you can use additional elements to give your beverage a unique taste. Remember, that the additions mentioned above should not be used in a quantity that overpowers the fruity taste of Cascara. Honey is regularly used as a sweetener to keep the beverage healthy and beneficial.

The popularity of Cascara in places such as Yemen is immense since the drink is considered to be cheaper than coffee. The varying flavor profile of Cascara has amused coffee lovers around the world as one sip of the beverage takes the drinker by surprise as there is no bitterness.

The reduced caffeine content is enough to give the energetic feeling to the person consuming it without having any ill effects. Other than all these positives, there are many individuals out there that are adding Cascara to their routine just because of the many health benefits that it is known to provide.