Why Does Drinking Coffee Make You Dead Tired?

Ah coffee! Possibly the most favored drink in the whole world. It’s dark, rich bitter flavor and velvety texture have delighted millions of people for thousands of years. According to the British Coffee Association, 55 million cups are enjoyed every day in the UK.

In the USA, 285.5 million cups are drunk by Americans daily so drinking coffee is a way of life for many. If you’re one of those who regularly drink coffee, you may have noticed just how tired coffee can make you feel.

There’s no doubt that coffee wakes you up. Certainly, it’s one of the preferred morning drinks and as it’s packed full of the stimulant caffeine (approximately 94.8mg in a 237g cup), it really does get you going! However, coffee really can make you feel extraordinarily tired, despite being known as the drink to perk you up!

So why does drinking coffee make you dead tired?

Well, there are many reasons which we’ll explore.

Advantages and Disadvantages of drinking coffee

Different people metabolize different substances or food in their own way. There are fast metabolisers and slow metabolisers. This is down to a certain gene which is called CYP1A2.

This gene helps you to metabolise. When it comes to caffeine, some people metabolise it quickly but others metabolise it slowly. As an example, if you are a fast metaboliser of caffeine you may have had a cup of coffee only an hour ago but already feel tired – especially if you haven’t had much sleep or rest.

Similar to the metabolic conundrum, another reason why coffee might actually be making you tired is caffeine tolerance. If you religiously drink coffee for years and years, ultimately your body could well develop a tolerance to caffeine.

You can easily test this theory on yourself. Try to cut down your coffee intake (if you’re a big coffee drinker don’t cut it out completely, do it gently or you’ll experience headaches and some withdrawal symptoms).

Then once you’ve got to the stage where you’ve stopped drinking it altogether, re-introduce it and see what happens. You should have reduced your tolerance to caffeine so you might find yourself less tired as your tolerance starts to re-build itself.

Caffeine is also a known diuretic which makes it very dehydrating. Your body needs to stay hydrated for a number of reasons. One is to stay alert. Without sufficient hydration, you will feel fatigued and even sleepy.

You might even feel confused too. The reason behind this is because your body is made up of 60% of water.

That water is used to lubricate your joints and also to flush waste away from your body. The blood needs water and uses it to move nutrients to many parts of your body, particularly your brain.

Tufts University conducted a study in 2009 that showed that even a drop of 1-2% of water in the body leads to tiredness. Caffeine saps moisture, your cup of coffee makes you want to go to the bathroom. Drinking it to stay alert can end up being rather a vicious circle which makes you feel more exhausted than awake.

The way to fight back is to make sure you drink at least 2 liters of water a day to balance out dehydration.

As you now also know from above, drinking coffee thickens the blood which narrows down your arteries and veins. This makes it difficult for blood to flow through evenly so your body uses up oxygen and makes you sluggish in the process.

Of course, some people think a cup of coffee is the best way to stay awake and yes, caffeine will definitely perk you up – for a little while. That’s because the caffeine in your beverage blocks the hormone called adenosine. This hormone is responsible for making you feel sleepy and is very important for sleep regulation.

While it blocks the hormone receptors, it doesn’t stop your body from producing it so when the caffeine eventually wears off there’s a build-up of adenosine that is suddenly released. This is what makes you feel dozy. Caffeine will give you a temporary lift but it is exactly that, temporary, lasting up to 3 hours (although caffeine stays in your body for longer).

Caffeine and The Sugar Crash

Like sugar in your coffee? Well, this is another reason why coffee can make you feel so tired. Once the sugar wears off, you probably experience a sugar crash. Sugar is processed in your body far quicker than coffee is, so it boosts your energy and then saps it once it’s used up. Of course, not everyone has coffee with sugar but if you drink coffee flavored beverages, then you may be experiencing that sugar crash as they contain plenty of sugar.

Still, want that cup of coffee? You can definitely continue drinking coffee but be aware of the above. Limit your intake, makes sure you drink plenty of water and reduce the amount of sugar you use in your cup.

It’s recommended that an adult should only drink 300 mg of caffeine a day and that equates to approximately 3 cups of coffee.

Once you’ve had three cups, consider another hot drink instead. Remember, if you get regular good quality sleep, you won’t feel so tired, therefore you won’t feel the need to boost your coffee intake! 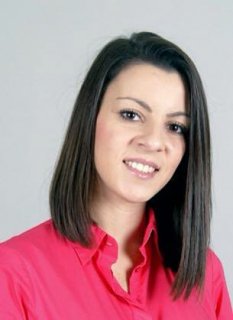