Caffeine In Coffee - Good or Bad For Health?

An espresso generally has lower caffeine content, about 50 mg per shot, while a cup of drip coffee easily contains as much as 200 mg of caffeine. This indicates that there is plenty of variation.

An average coffee cup usually contains around 90 to 100 mg of caffeine.

is the recommended limit of caffeine /mg/ in a day

In the absence of strict guidelines and lab tests, it is quite tricky to determine the level of caffeine in different types of coffees. This makes it even more difficult to keep your caffeine consumption under the recommended limit of 300 mg in a day.

There are several factors that can have an impact on the level of caffeine in a coffee cup. Perhaps, the most distinctive among these factors is the roast intensity; however, there are a number of other important factors to take into account.

Caffeine content tends to vary between species and types of coffee beans and may depend on the location where coffee beans are grown, the method by which coffee is roasted and how it is prepared. All these different factors lead to variations in the level of caffeine between cups of coffee.

According to the Mayo Clinic, even the same kind of coffee bought from the same shop may vary considerably in the level of caffeine from one day to the next. In case the coffee beans were ground in a different manner, or an additional scoop was poured in the coffee machine, it can lead to a significant fluctuation in the caffeine content.

Whether you are looking for low or high caffeine levels, bear in mind that these factors can make a difference.

When choosing whether to go for dark or light roast coffee, plenty of people tend to opt for the deeper and bolder flavor of dark roast coffee as they often believe that it contains more caffeine.

However, this is not true.

In fact, light roast coffee contains a much higher concentration of caffeine due to the fact that coffee beans themselves are the primary source of caffeine. The longer you roast the coffee beans, the more caffeine you will end up losing.

This is one coffee myth that definitely needs to be debunked.

The level of caffeine in a typical cup of coffee may fluctuate considerably based on the kind of coffee beans used. Robusta and Arabica are the two most commonly used coffee beans. Arabica beans are typically used in most coffee houses and are often considered premium quality. 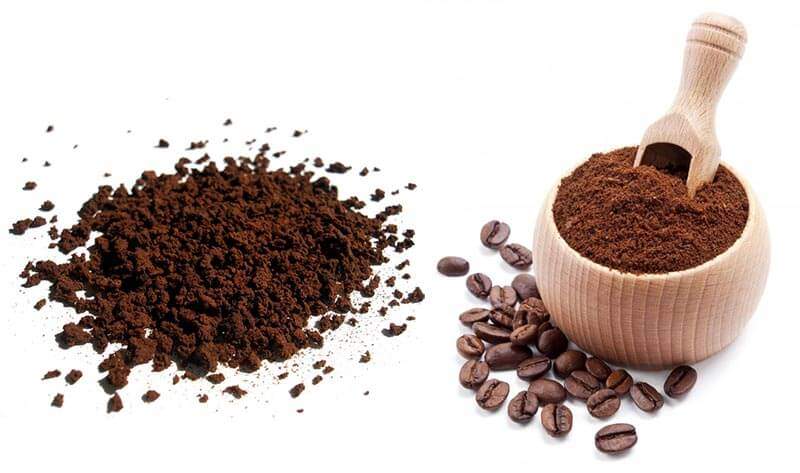 Instant coffee has lower caffeine concentration as it has evolved into a swift dissolve formula. A cup of coffee, on average, has around 150 mg of caffeine when made using the drip method.

However, when percolated, an average coffee cup contains about 80mg. In contrast, instant coffee usually contains 100 mg of caffeine in each cup, on average.

Another factor that can have a direct impact on the caffeine content in coffee is the kind of brewing method used in the preparation of coffee. There are various different methods that can be used to prepare coffee. Some of them are regular brewing, French press, drip coffee, and espresso.

Serving size also affects your caffeine consumption. To figure out the exact amount of caffeine you are taking in a cup of coffee, you should know the size of your coffee cup.

Most coffee shops are known for their notoriously large cup sizes. These can easily go as high as 25 oz. The quantity of coffee in these large cups is equivalent to nearly 3 to 4 standard-sized coffee cups and this leads to a much higher caffeine intake.

Top 10 Side Effects of Caffeine

This brand is easily the most famous coffee chain in the world and has probably the most caffeinated coffee drinks on the market. The levels of caffeine in brewed coffee available at Starbucks are as follows:

This is another popular coffee chain that operates throughout the worldwide. The levels of caffeine in their brewed coffee are given below:

McDonald’s also offers coffee worldwide, under its McCafe brand. Although it is the biggest fast-food chain that also sells coffee, they don’t calculate or standardize the quantity of caffeine their coffee contains. According to estimates, the levels of caffeine in their brewed coffee drink are as follows:

The espresso drinks at McDonald’s has 70 mg of caffeine in each serving, and their decaf coffee contains about 8 to 14 mg, depending on the cup size.