The Advantages and Disadvantages Of Drinking Coffee

I’ve just finished my third (yes third!) coffee of the morning and that will be my last cup for today because any more caffeine and I know I won’t sleep later on. This got me thinking. Now, I realise that caffeine itself is the stimulant involved in coffee and in some situations, it’s great to have access to it when you need to feel awake.

What better way is there to feel alert than a delicious tasting steaming mug of rich Arabic roast or a tall glass of creamy latte? For me, caffeine has that strong advantage (as long as I only drink it in the morning). The disadvantage is that if I have a coffee anytime in the afternoon, it seriously hampers my sleep – even just one cup.

This isn’t true for everyone though. Some people can drink coffee all day and sleep like a baby. However, I’m with the majority and it got me wondering about the benefits and hidden dangers of coffee so I decided to do some research.

Arguably the best-loved drink in the world, coffee has been around for hundreds of years, believed to be first drunk 15th Century Yemen where Sufi monks used to consume copious amounts to help them stay awake so that they could pray for hours on end.

Nowadays, coffee is regularly reported in the news for its benefits and its dangers. In fact, it has been widely publicised that coffee has lots of positive attributes for human health but what are they? Well, let’s investigate.

Coffee Is Good For Cardiovascular Health

It’s believed that coffee might lower the risk of coronary disease therefore safeguarding the heart. There have been numerous studies that suggest drinking just one cup of coffee a day could guard against heart attack. Participants of one particular study showed a 12% drop in heart disease and 18% had a lower risk when drinking 2 or 3 cups a day! So don’t dismiss that second cup of coffee you fancy quite as quickly!

Along with heart disease mentioned above, drinking coffee could help to prevent stroke. Just one cup could reduce your chance of stroke by 20% according to a 2015 study published in the journal Stroke. This study was based on almost 82,500 men and women in Japan and was conducted over a 13 year period. It found that those participants drinking coffee regularly were less likely to have a stroke compared to those who didn’t. A 10-year Swedish research on 35,000 women between the age of 49 to 83 showed that those who drank two plus cups of coffee daily had their chance of stroke cut by almost a quarter!

While I am not suggesting you rely on copious cups of coffee to boost your weight loss, it is widely known that caffeine can speed up metabolism. Caffeine increases the metabolic rate from anything between 3 and 11% and it’s a slow metabolism that contributes to weight gain. A recent study published in Nature Communications showed that coffee can indeed help with weight loss.

Scientists paid attention to the adenosine receptors in the brain that are blocked when caffeine is consumed. The study was conducted on mice and after high doses of caffeine, the mice lost interest in food. Their weight also decreased and their energy levels increased so they burnt more calories. The study possibly proves that caffeine intake and weight loss could have a significant link and this particular study will be used in further investigations into controlling world obesity. 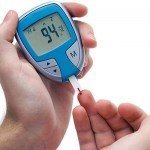 There have been a number of studies on caffeine consumption and Type 2 Diabetes patients. Drunk over a four week period, studies show that caffeine reduces insulin sensitivity. Please do bear in mind that other chemicals in a coffee can have an adverse reaction for Diabetes sufferers though so while there might be some benefit, there can also be disadvantages too!

Coffee is an anti-oxidant too. Anti-oxidants fight free radicals that break down cells and damage them. Anti-oxidants help to flush out toxins and promote cell renewal. Interesting studies have shown that large amounts of coffee consumption (for example, 4 to 6 cups a day) can reduce the risk of some cancers.

A good example is a study held at Southampton University, England which showed that coffee could reduce the risk of developing HCC (hepatocellular cancer) a form of primary liver cancer. The study involved more than 2.25 million people and showed that drinking one cup of caffeinated coffee was linked to a 20% reduction in developing this form of cancer. Drinking two or more cups of coffee a day led to a 35% reduction and five cups halved the risk!

That’s all well and good and certainly heartening to read, but what about the drawbacks associated with coffee?

As already mentioned, too much coffee can seriously hinder good quality sleep and even lead to insomnia! If you continue to experience poor sleep patterns, you could impact your overall health. If you find that you don’t sleep well or you have difficulty falling asleep, consider how much coffee you drink.

Caffeine can linger in your system for up to 6 hours so if you have a cup of coffee at 6 pm and go to bed at 10.30pm you might toss and turn for a couple of hours as that caffeine is keeping your brain alert! That means, that fantastic cappuccino could reduce your sleep by a couple of hours so it’s best to try and limit your coffee drinking to morning or the early afternoon. You’ll get a better night sleep and resist the urge to fill up on caffeine the day after to compensate for tiredness.

Caffeine can Cause Headaches

Or rather caffeine withdrawal can cause headaches! Have you ever woken up and skipped a cup of coffee only to find that an hour or two later, your head starts to throb? This is more than likely caffeine withdrawal. However, used with painkillers such as aspirin, actually, caffeine could even help with relieving headache discomfort by up to 40%! It’s interesting that it can do both.

Coffee is Linked To Increase In Anxiety

Coffee doesn’t actually cause anxiety but it can exacerbate it. That’s because coffee makes your heart race and certainly too much caffeine can even make you feel shaky! If you already suffer from anxiety or feel like you are the type of person who is often worried, you may find that reducing your coffee intake could help to alleviate that jittery feeling.

We engage ourselves to present you with the best of coffee maker, espresso machines, French presses, coffee grinders, coffee beans and a variety of coffee accessories.